VANQUEST DENDRITE Waist Pack.
It’s quite obvious that I like a good rucksack but now summer is here and the weathers warming up I find that on a day-to-day bases I neither need the space nor miss the hot sweaty back and damp Tee-Shirt a full ruck sack gives me.

The solution? Strip down my gear carry and strap it to my waist!
- FULL DISCLOSURE -
This page contains Affiliate Links, please tap [DISCLOSURE] for details.
Waist Packs, Bum Bags, Butt Packs, Funny Packs, Belt Order, call them what you like, have been around for a decades. The first type I saw was a Bum Bag, tool bag for motor-cross enduro and trials riders. Then in the 90s they actually became fashionable? they even filtered their way down to my skater buddies and I who found them super useful for carrying keys, money and a small multitool for fixing and adjusting our skateboards. Other iterations have come along, I even made one by cutting. down an old rucksack, I used that for hiking and MTB!

I guess what I’m trying to say is that bumbags are a good idea.

DENDRITE Waist Bag by VANQUEST
Is available in LARGE and SMALL sizes and are available in Shadow Gray (SGRY) Midnight Blue (MBLU) and Multicam Black (MCB). The example I was sent was the ‘SMALL MBLU’ variant which seems to be exactly the right size for my warm weather EDC.

As I’ve found with all VANQUEST equipment the DENDRITE Waist Pack is second to none for attention to detail for design / construction. Primarily built from; 400-D Urban blend fabric, treated with a multi PU coating, giving it a waxed denim vibe while being nice and weather proof. The interior is the standard issue, VANQUEST HiVIz orange with discreet hook and loop panels, giving this bag fat options for custom organisation, using one or two of the VANQUEST Sticky Panels or a CCW capacity.
Access to the main compartment is via an inverted, dual YKK zipper with twin VANQUEST Spartan zipper pulls. This isn’t a clamshell configuration but the bag does open pretty wide so you can layout and see what’s going on.
INTERIOR

The interior configuration is 3 divider pockets to the back of the DENDRITE. One large, two small but with capacity. To the front of this are four shock retailer loops, they’re of equal size so I think they’re for magazines but will work great for keeping torches, knifes and multi tools in their place.

To from of the DENDRITE is one pocket with zip closure and a hook and loop panel interior. I like this a lot as it’s possible to fit a 2X3 (easy) or a 2X7 (harder) Sticky Panel for detailed organisation, then you can just zip-up the pocket and keep those items of gear safe and separate from the daily use.
EXTERIOR

The exterior of the DENDRITE is slick simple and very civilian, there is no MOLLE, straps, buckles or hook and look fields to be seen this bag could easily be configured for CCW and no one would suspect, the Greyman’s dream if that’s your thang. Having said all that there are two pockets. One smallish pocket upfront with secure zipper closure. This is just large enough for a smart phone.
To the back of the DENDRITE is the second exterior pocket, this is big enough for a phone and has a concealed zipper closure. While we’re still looking at the back, there are two webbing loops, possible belt loops, you could certain use them for that but I found them useful to attach a couple GRIMLOCs and run a couple straps through, so I could carry a waterproof jacket underneath the DENDRITE if the weather looked unpredictable.
THE BELT - It's removable
The DENDRITE has soft and comfortable 1.5” waist belt, being constructed from a webbing type similar to a car seat belt! It has a light, quick adjust and quick release buckle offset to the right, the belt is removable so you could switch around so the buckle is on the left if that’s your preference.
The belt has a lot of length adjustment so you can adjust and wear as a sling or for wearing over bulky clothing.
I mentioned earlier in the post that DENDRITE doesn’t have any MOLLE, it doesn’t but to the left and right of the main pack are two webbing reinforcements for the waist belt to securely anchor too, luckily these are stitched to the main body of the waist pack creating two loops that can defiantly be used for swinging more gear from I.E a HYDRA BOTTEL POUCH, knife or FATPack IFAK Pouch.

IN CONCLUSION THEN
THE DENDRITE Waist Bag is cool, slick, civilian friendly and defiantly under the radar. Enough pockets to organise and keep the essentials separate but not so many as to lose stuff. and being a small neat pack having an option to carry other gear is defiantly a bonus even if it is a happy coincidence rather than a considered design feature. So from airport departures, coffee shops, holiday world travel or your striped back everyday carry the; VANQUEST DENDRITE Waist Bag will blend right in. 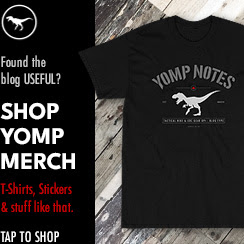