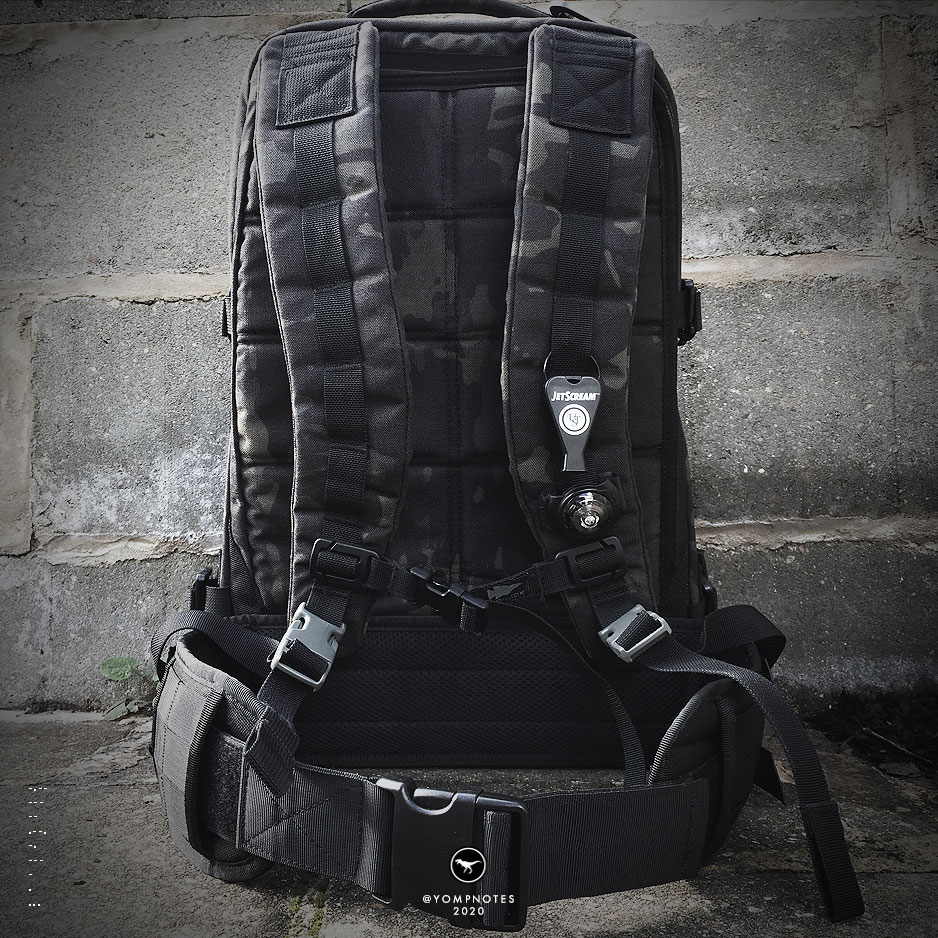 HOW TO MAKE AND INSTALL A HIP-BELT TO YOUR GORUCK RUCKSACK?

A few months ago VANQUEST sent me an IBEX26 (plus other gear) for tests, use and reconfigure shenanigans. This is on-going project but of all the major things this most excellent back pack showed me, was just how great a padded Hip-Belt is!
You may be surprised to discover then, that this post isn’t actually about how great the IBEX Hip-Belt is, indeed I’ve already posted about it HERE but to answer the question - How can I make a padded Hip-Belt and fit to my GORUCK GR1 26L? in such away that if you wanted to do the same, you could do so, cheaply and easily?


Generally GORUCKs don’t have Hip-Belt unless you buy a GR3 or a new SPEED RUCK! And as you may have guessed I do like GORUCKs : ) for everything from EDC to one-pack-cabin-friendly-travel, to big old day hikes. It is this last task that I think a decent Hip-Belt config is needed and as I said earlier, I was reminded just how much easier it is to carry weight with a Hip-Belt!


WHAT IS A HIP-BELT?
A Hip-Belt is just that, a belt, solidly attached to the rucksack so that some of the packs weight can be carried on the hips, so taking the rest of the burden off the shoulders. These days most large rucksacks come with Hip-Belt as standard and shouldn’t be confused with a waist belt, which can be a 1” - 2” wide belt which is more for stabilising a backpack, pulling it into the body and stopping it from swings around, super useful when running or high activities.

WHY DO I NEED A HIP-BELT?
In theory, smaller packs such as the GORUCK GR1 26L don’t need one but I’ve found that weight has no prejudice to size. i.e. heavy weight does not always equal large volume therefor I have found that my relatively small GORUCK needs a Hip-Belt sometimes.

HOW TO MAKE A PADDED HIP-BELT
First the part list, you will need:

X1, ONETIGRIS Patrol Belt with a 2” webbing belt, quick release buckle and 2 or 3 rows of MOLLE that go around the entire belt as per the belt I bought from OneTigris. The OneTigris Patrol Belt is an excellent option for this config, it does everything I needed it to, it’s also cheep, available in different sizes and 3 colors. If the GORUCK Hip-Belt config really works for me I might invest in a better belt as per the Triple Aught Designs Stability Belt which is actually designed to be used as a Hip-Belt  There maybe other options out there but to be honest, I haven’t researched them for this post.

X4, 1” DURAFLEX Split Bar Ladder lock Buckles - These will be used to attach and adjust the 4 attachment straps to the Hip-Belt  You need to add these to your Hip-Belt MOLLE positioned at the same width as your GORUCK. I’ve added mine to the top and bottom row of MOLLE so corresponding to the same of the GORUCK.

ATTACHMENT BUCKLES HOT-TIP
I’m not going to lie, I found installing the Split Bar Ladder locks to the MOLLE field of the Patrol Belt really difficult.


X4, MIL-TEC 1” Webbing Straps - These will used to actually attach the Hip-Belt to your GORUCK and what we need to end up with is a strap with a strong loop and one end, it may be possible to to buy these somewhere but I haven’t been  able to find any so I bough X4 adjustable straps and removed the plastic buckle leaving me with what I needed.

ATTACHMENT STRAPS HOT-TIP
Once you’ve built everything up and strapped all to your GORUCK I suggest not cutting your adjustment straps down until you’re sure and happy with your config. Instead roll up the lose and tidy up with web dominators. Once you have used your new rig a few times and you think you’re happy with it, then cut the straps to length.

X4, DURAFLEX Siamese Slick Clips - These will be used to attach your new Hip-Belt config to your GORUCK. This was actually the toughest part of this config to find a solution for. I liked the look of the Slick clips but initially rejected them out of hand for strength reasons. After lots of Google search’s and coming up with nothing, I thought I’d try the Slick Clips for strength you never know they might be stronger than I think. So I threaded some 1” webbing strap through both sides of the Slick clip and gave it a pull, I could not pull the clip apart! I was impressed, surprise and pleased the Slick clips looked to be perfectly strong enough for this task.


So far the GORUCK HIP-BELT MOD looks like a really good solution to the lack of an integrated Hip-Belt for most GORUCKs. Is it better than a GORUCK after market Hip-Belt? I don't know that product but do I think this mod is an option, especially if you don't live in the US and shipping and import tax are an issue. It’s comfortable and does the job of shifting pack weight to your hips very well. As I write, I’ve used this config for two day Hike Rucks; One of 16 miles, the other 20 miles, it just worked and felt as if the rucksack had left the factory with it included. Very pleased, it looks like this config is going to make my Hikes and Rucks much more comfortable from now on.

YOMP SUPPORT - Have you enjoyed this post? Found it useful? Buy a T-SHIRT a CUP OF COFFEE, SUBSCRIBE or just leave a COMMENT it's all support and I'm grateful - Thank you. 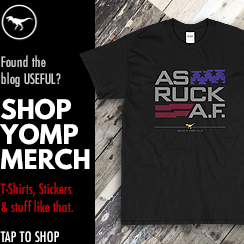